While sorting out my Camera Cabinet I found a Roll of exposed Kodak Portra 100T (Tungsten). This film is not available new anymore, used prices of expired film go from 6 to 20 EUROs.

I had no clue when, what and with which camera I shot it. That’s one of the things I like with analog film: You never really know what you get until you develop the roll. I developed it in Delta-STD for 14 minutes and it came out quite nicely, but most of the pictures where badly composed, under or overexposed, so I can only show 3 examples. From seeing the pictures I could identify the camera: My lovely Russian Rangefinder Zorki 4. I had no Lightmeter at the time, so exposure was off on most shots. Auto Levels in Photoshop gives a nice brownish toning, but that doesn’t work on all pictures, so I converted one of them to ‘real’ B&W. 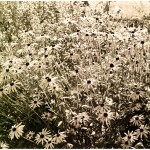 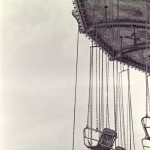 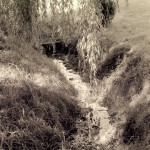 You can buy new Kodak Portra films at macodirect.de the 160NC comes out beautiful in caffenol.

If you have other rare film, or normal film or any other film that you developed in caffenol, feel free to send me your results so I can post them here on www.caffenol.org.